This is one in a series of newsletter articles from the Golden Triangle neighborhood in Denver, Colorado about the founders and leaders of GTA. 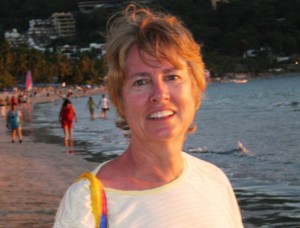 The Golden Triangle Association owes Margerie Hicks a huge thank you! Over the years she has been instrumental in guiding us through a changing environment, as well as acting as our conscience and fount of institutional knowledge. Margerie remembers the “pre-neighborhood” Triangle as a largely run-down industrial area, with warehouses, junk piles, and a large number of auto-related businesses. The zoning was primarily industrial and there were few residents. Cherokee was a street of small duplexes and townhouses, many with transient residents. When the Triangle was bypassed as the site of the new convention center, new opportunities arose for developers who saw potential in the neighborhood. Those developers and landowners, the Art Museum and the Library, formed the board of the new GTA. The early focus of the GTA board was to write a new zoning code, adopted in 1994, and to develop a Neighborhood Plan, approved in 1998. The B8G zoning code limited increases in auto uses, forbade adult entertainment and fast-food drive through outlets (Arby’s was grandfathered), and encouraged small businesses. As developer priorities shaped the neighborhood plan, it encouraged residential development and mixed uses and designated Acoma Street the Avenue of the Arts. This plan forms the bedrock of the current neighborhood’s character.

In 1994 ground was broken for the Cadillac Lofts, and the frothy rush of the 90’s was on. Bank financing became more readily available. Multifamily and high-rise buildings rose. The neighborhood attracted a number of developers, architects, landscape architects as well as lawyers and bail bonds offices. The Cherokee Grill was the place to see and be seen for government officials and journalists.

In 1995, Margerie was named the second Executive Director of the GTA, following the GTA’s reorganization in 1993. Margerie worked as the ED on a half-time basis in those pre-web and pre-email days – typing and mailing or hand delivering all communications. Through Margerie’s leadership and a lot of brainstorming the early GTA began many of the initiatives that continue today:

Margerie served as ED under four GTA presidents. When she resigned in 2004, she joined the GTA Board and continued to give time, expertise and support to the neighborhood. When she wasn’t working for the GTA, Margerie wrote and published a book on public and private schools and childcare in Denver. This was an invaluable resource for real-estate buyers from out of town for a number of years. She helped secure the historic grant that supported the Trio of Tours brochure written by Jackie Noble on Gasoline Alley, highlighting the extensive auto industry in the Triangle.

Through her extensive background in the GTA, Margerie knows that many “new” issues are merely repeats. For example, the GTA has been trying for many years to get City maintained trash cans into the Triangle. The upcoming transition of Delaware and Cherokee to two-way follows a number of previous unsuccessful attempts to do the same. National Night Out was a great success for years, and has only just been reinstituted. The conversations and issues related to the nightclubs in the area are ongoing. The Evans School is still unoccupied.

When asked about the biggest change she has seen in the Triangle, Margerie speaks of the number of residents, and how the quality of residential life now drives much of the GTA’s work. She sees a natural progression from a developer based to residential and business driven organization. Margerie recognizes that, as a result of this transition, certain initiatives (the “golding” program) and goals have served their useful purpose. Other goals, (two-way streets), prove that patience and a long view are a virtue.